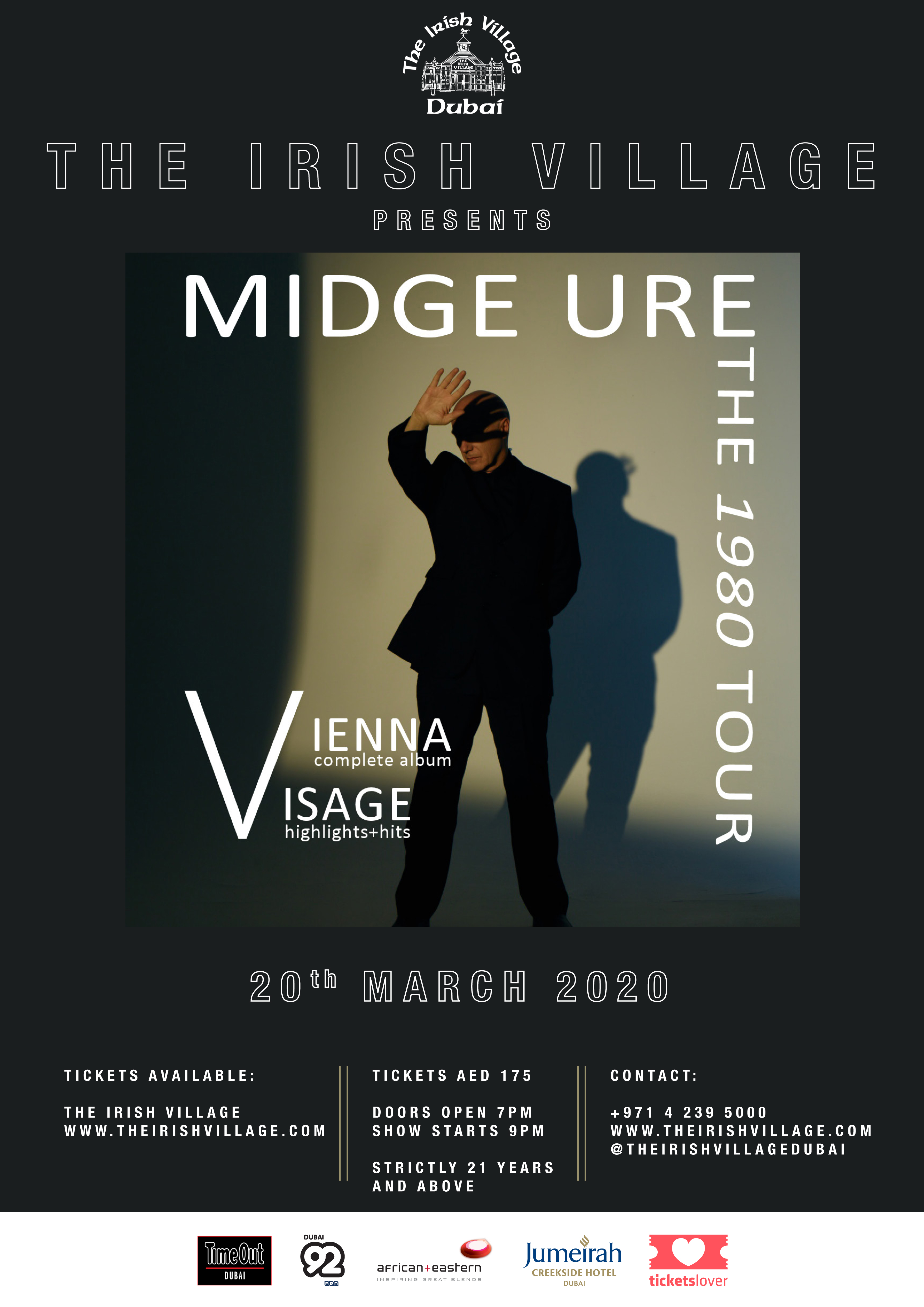 The Irish Village will be welcoming Midge Ure 20th March 2020, to celebrate the current ‘Vienna & Visage – 1980 Tour’. The complete Vienna album will be live with highlights from Visage throughout the night!

2019 is the 40th anniversary of Midge joining both Ultravox and the side project, Visage. It seems very appropriate that he wants to celebrate this occasion by touring both band’s seminal albums. This will be the first time that the entire Vienna album will have been played since the very original tour and combining it with a selection of classics off highlights from the Visage album alongside a selection of hits will give the customers exactly what they want!

“Forty years later I want to celebrate this period and as we pass from 2019 into 2020 play the ‘Vienna’ album in its entirety along with highlights from the eponymous ‘Visage’ album. Join me and my Band Electronica celebrating the year of release for both the Vienna and Visage albums....1980”.

Four decades on, as we come towards the end of another turbulent decade, momentous change is once again afoot in Britain and the world. Can we face the next decade with the optimism and futuristic brightness that flooded the 1980s, and will there be a new cultural birth that will change music, fashion and society?

The 1980 Tour reminds us that these things are possible. Both ‘Vienna’ and ‘Visage’ were the sound of the future… and yet still sound unearthly, romantic, impossibly beautiful and full of promise.

Brought to life by Midge Ure and Band Electronica, this is the very first time in the 40 years since it was made that the ‘Vienna’ album will be performed in its entirety. It is also the first time that many of the songs from the debut Visage album will be played live.

Connect with us on social media to keep up with the latest news, special offers and other updates